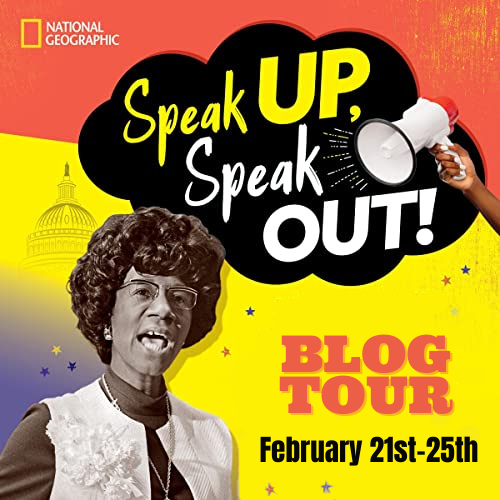 Welcome to the Speak Up, Speak Out! by Tonya Bolden Blog Tour!

To celebrate Black History Month and the release of Speak Up, Speak Out!: The Extraordinary Life of Fighting Shirley Chisholm by Tonya Bolden (January 4th), 5 blogs across the web are featuring posts from the book and author, as well as 5 chances to win!

Two Truths and a Lie about Shirley Chisholm
by Tonya Bolden

When I started on my journey with the life of Shirley Chisholm, I had a pretty good grasp of the outline of her life and the highlights. When I delved into the research I was truly surprised by a lot of what I learned about her.

I knew, for example, that while in Congress Shirley was responsible for legislation that got domestic workers included in the minimum wage law. I knew she fought for the construction of more affordable housing and funds for better public schools, but I had no idea that she fought for funds for research on autism and pushed for the federal government to use recycled paper when printing the Congressional Record. (In 1969, for example, the Congressional Record was more than 40,000 pages long!)

I also did not know that when Shirley ran for president in 1972 she spoke up and out about the need to take good care of the environment. And while I knew that Shirley was a staunch advocate for civil rights and women’s rights I did not know that she supported the gay rights movement.

When I started on my journey with Fighting Shirley Chisholm I would have struck out when it came to spotting the following two truths and the one lie about her.

1. Shirley prided herself on her dance skills. The merengue, the tango, and the rhumba were among her favorite dances. She also did a lot of dancing with her fingers—on the piano, that is.

2. When Shirley was young she toyed with the idea of becoming an actress and she later often wore some rather dramatic outfits.

3. Shirley Chisholm was a founder of the National Organization for Women formed in 1966 with the purpose of taking “action to bring women into full participation in the mainstream of American society now, exercising all the privileges and responsibilities thereof in truly equal partnership with men.”

1. Shirley did love to dance. The merengue, the tango, and the rhumba were among her favorite dances at one point. “I come alive on a dance floor,” she told a reporter in the late 1960s. “I’m very creative. I use my hands and my body. Even now I amaze people when I dance.”And she loved playing the piano. When she was young, although here parents didn’t have a lot of money they scraped together enough for her to have piano lessons and to buy a piano on an installment plan.

2. Shirley, who had the gift of mimicry, did toy with the idea of becoming an actress. “My mother always thanked God that I had brains and got to college on scholarship,” she recalled. “Had I not been able to go to college I would have gone to the devil in the theater, [my mother] thought.” And, yes, Shirley was a stylish and at times flamboyant dresser.

3.  Though she later joined NOW, she was not a founder. 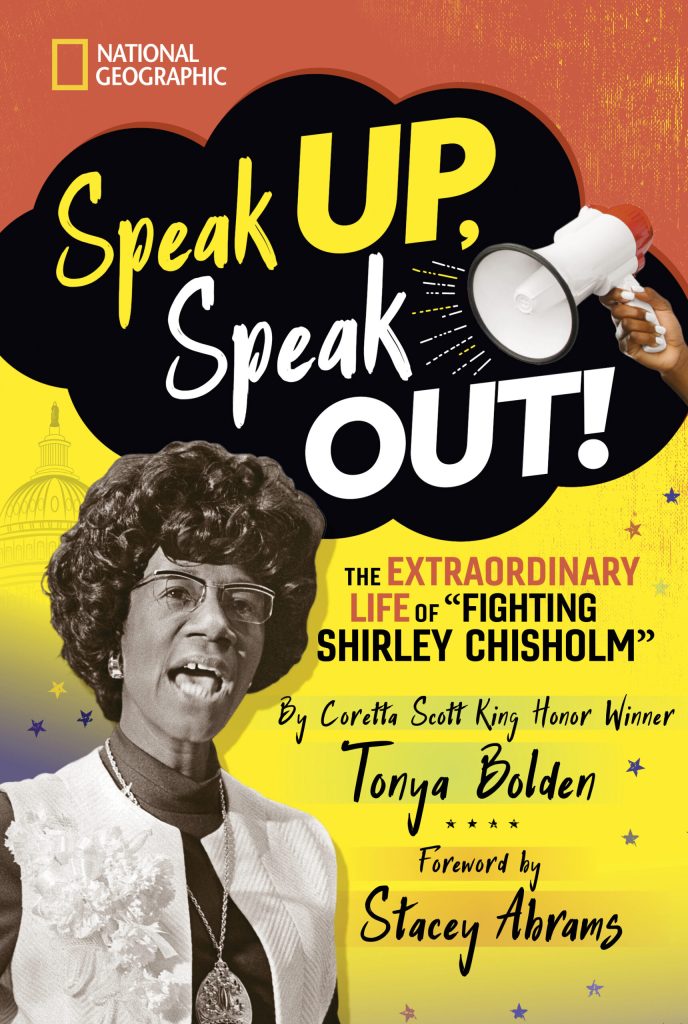 “The strength of Bolden’s skill as a researcher is evident; chapter by chapter, she provides succinct but critical context around the motivations and movements of Chisholm’s political career. An insightful and focused profile of a political trailblazer.”
– Kirkus Reviews

“This lively, detailed look at Chisholm’s personal and political life shines in its portrayal of a strong woman who never backed down…”
– Booklist

Before there was Barack Obama, before there was Kamala Harris, there was Fighting Shirley Chisholm. A daughter of Barbadian immigrants, Chisholm developed her political chops in Brooklyn in the 1950s and went on to become the first Black woman elected to the U.S. House of Representatives. This “pepper pot,” as she was known, was not afraid to speak up for what she thought was right. While fighting for a better life for her constituents in New York’s 12th Congressional District, Chisholm routinely fought against sexism and racism in her own life and defied the norms of the time. As the first Black woman in the House and the first Black woman to seek the presidential nomination from a major political party, Shirley Chisholm laid the groundwork for those who would come after her.

Extensively researched and reviewed by experts, this inspiring biography traces Chisholm’s journey from her childhood in a small flat in Brooklyn where she read books with her sisters to Brooklyn College where she got her first taste of politics. Readers will cheer Chisholm on to victory from the campaign trail to the hallowed halls of the U.S. Capitol, where she fought for fair wages, equal rights, and an end to the Vietnam War. And while the presidential campaign trail in 1972 did not end in victory, Shirley Chisholm shows us how you can change a country when you speak up and speak out. 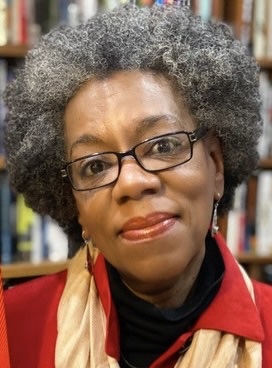 One thought on “Blog Tour & Giveaway: Speak Up, Speak Out! The Extraordinary Life of “Fighting” Shirley Chisholm”