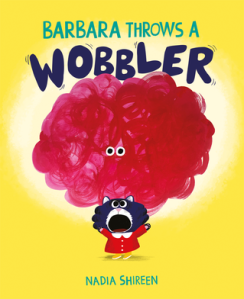 Barbara is not having a good day. First, there was a sock problem. Then, there was a strange pea at lunchtime. Things just keep going wrong for Barbara, and even her friends calling out to her isn’t helping. Barbara is nearing that last straw, which leads to a big… giant… WOBBLER! Wobbler is British slang for “tantrum”, something you’ll easily pick up in context, and it takes on a life of its own in this adorably fun and relatable story. The Wobbler is giant, gelatinous, and red, sitting atop Barbara’s head and eventually engulfing her until she can get a handle on it. Once she talks to her Wobbler and takes a deep breath, the Wobbler becomes more manageable, until it finally shrinks away – but not without letting her know it’ll be back one day! Kids and grownups alike will recognize toddler and preschooler triggers, from the “strange pea” at lunch, to the “hundred bad moods wrapped up in one” feeling that Barbara feels, right before the Wobbler takes over. A Very Useful Guide to Bad Moods at the end offers other moods to recognize, along with symptoms: The Sulk, The Tizzy, and The Seethe are just a few on the path to the Wobbler. Never making fun of Barbara or the frustration that leads to a tantrum, Barbara Throws a Wobbler takes an sensitive approach to identifying what sets a Wobbler off, and how to shrink it back down once it appears.

Originally published in the UK in 2020, Barbara Throws a Wobbler has just arrived on U.S. shores and has a starred review from Kirkus. 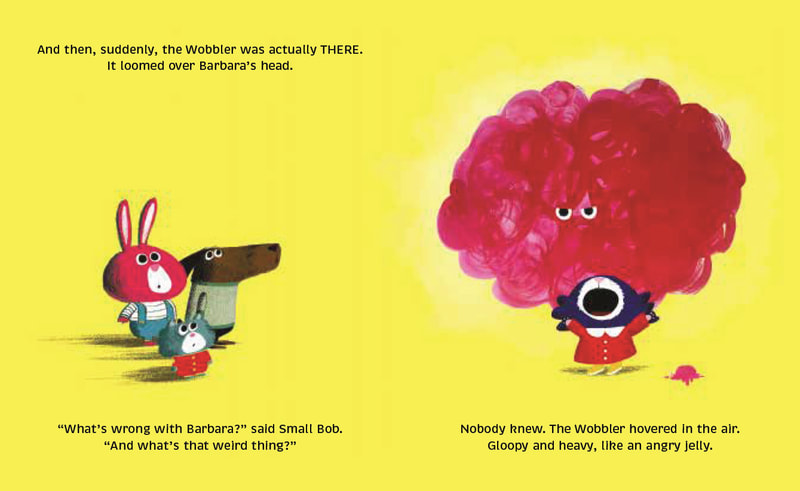