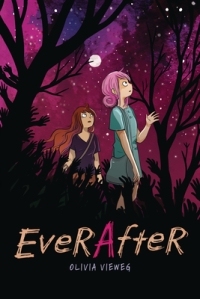 Translated from the German 2012 graphic novel Endzeit, Ever After is an unsettling zombie apocalypse story. Two German cities – Weimar and Jena – are survivor outposts in the days after the zombie apocalypse. Two young women, Vivi and Eva, travel from the harsh conditions in Weimar to Jena, hoping for a better life, but both women have secrets. Vivi is tormented by visions of her younger sister, while Eva is in the middle of a transformation. The two form an unlikely friendship on the road, protecting one another from the living and the dead. The story is focused on the two women for the most part, making it an interesting character study in personality. The colorful manga-inspired artwork is a stark contrast to the bleak story, and there are some very graphic moments that may not appeal to some readers. The story drops readers into the beginning of the story with very little context, so it is a little fiddly at first, but I hit my stride pretty quickly. It’s an interesting new take on zombie stories; if you have readers who enjoy zombie horror, consider adding this to your shelves. 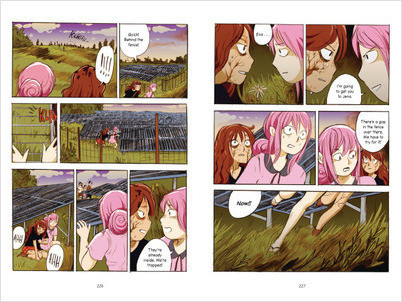 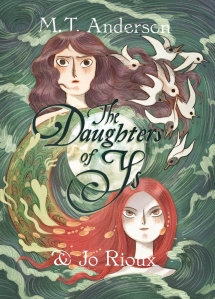 Award-winning author M.T. Anderson and illustrator Jo Rioux create a feminist fantasy with a Celtic influence with Daughters of Ys. Ys, a seaside kingdom, is shaken when its Queen, Malgven, passes away. Her two daughters, Rozenn and Dahut, are horrified to discover their father in the arms of other women so soon after their mother’s passing, and grow apart. Rozenn, the heir to the throne, would rather be in the wild, surrounded by animals and nature; Dahut enjoys palace life and all the attention that comes with being the “beautiful daughter” – but she’s got a secret directly connected to the monsters that threaten the Kingdom of Ys: the monsters that Queen Malgven used to be able to keep away.

Based on a classic folktale, The Daughters of Ys has M.T. Anderson’s hallmark storytelling, with epic fantasy fleshed out with strong characters and complex relationships. Jo Rioux’s artwork beautifully creates a Celtic-inspired world, and her lush artwork gives the fluid feeling of the seaside kingdom surreal life. She uses shadows and moody coloring to wonderfully dramatic effect. Hand this to any of your fantasy readers, and for anyone interested in more reading about Ys, this Wikipedia page has some very good information and links.

The Daughters of Ys has a starred review from School Library Journal. 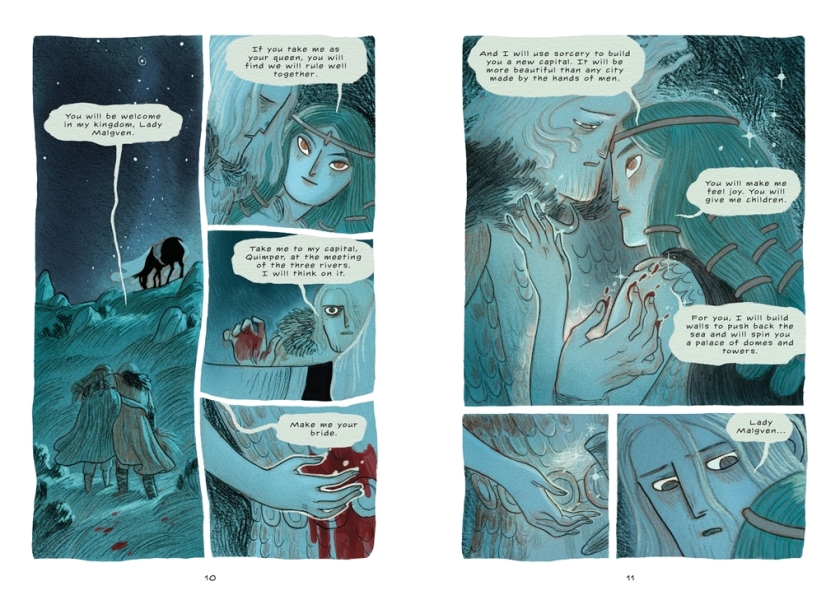 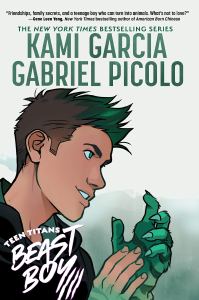 The creative powerhouse that brought us the Raven original graphic novel is back with Teen Titans’s Beast Boy! Garfield Logan is 17 years old, and he wants things to happen! Senior year is almost over, and he can’t figure out how to get in with the in crowd, instead of being the pizza-eating, video-game loving nerd that everyone overlooks. Tired of being short and scrawny, he stops taking the supplements his parents always give him, and things start happening. He grows six inches overnight. His voice gets deeper, and he’s strong. Like, STRONG. And fast. It’s almost like he can… channel different animals? He starts taking dares from the social crowd, and Gar sees his chance for social currency! But although a big dare pays off, it also kicks something into motion, and Gar decides he needs answers from his parents. They’ve been keeping things from him, and it’s time they ‘fessed up. But his parents, and his best friends, Stella and Tank, aren’t the only people with a vested interest in Gar. A guy named Slade Wilson is skulking around town (DC fans will know that when Deathstroke shows up, that’s never good news), claiming to have some of the answers Gar’s looking for, but Slade is playing a longer game, and someone higher up is very, VERY interested in Gar.

I loved this Beast Boy origin story! I will be honest, though – while it doesn’t end abruptly, it does end with a lot of questions unanswered, so I hope there’s a second book in the works. There are nods to the Teen Titan fans know, including his green hair, his fanboy, upbeat attitude, and his self-deprecating humor. Kami Garcia nails it, as always, and Gabriel Picolo does his favorite Teen Titan (read the author and illustrator notes at the beginning of the book) justice by capturing Beast Boy’s look and attitude perfectly. Another DC YA graphic novel hit. 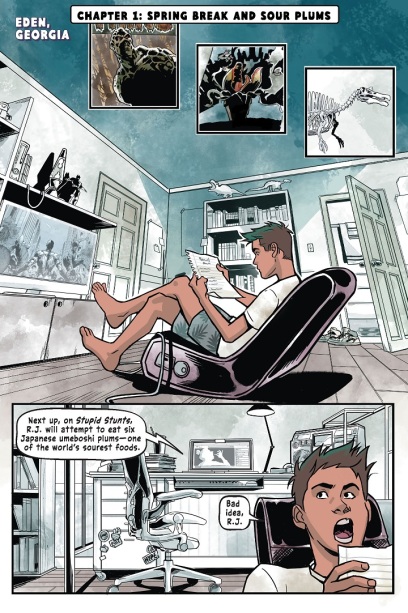