So now that you’ve read about how I loved Galápagos Girl/Galapagueña, here’s a little somethin’ extra: a guest post from author Marsha Diane Arnold about the editorial process, and “the words that got left behind”. Enjoy the post and photos, and thank you so much to Ms. Arnold for sharing with us!

The Words I Left Behind – Galápagos Girl by Marsha Diane Arnold

Thank you, Rosemary, for inviting me to blog about my newest picture book, Galápagos Girl, coming September 18th. This book is dear to my heart. It began on my 2007 trip to the Galápagos where I met Valentina Cruz, our naturalist guide. She was born and raised on the Galápagos Island of Floreana. She and the unique animals of the islands inspired my book. I wanted to write about the fantastic Galápagos creatures from the perspective of a young girl who grew up on the islands, surrounded by wild nature.

Valentina on left, with fellow travelers.

But it’s now 2018! This book was a long time coming. There were so many stories Valentina told me about her family and growing up on these exotic islands. I wanted to share them all with the world, but of course, I couldn’t. Cut! Cut! Cut! There are dozens of unique animals on the islands. I wanted to share them all in my book too, but they wouldn’t all fit. Cut some more!

Some of the beautiful Galápagos birds that didn’t make it into the book. 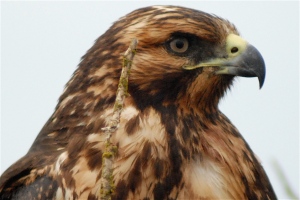 “Kill your darlings” is advice that has long been given to writers. It’s a challenge to us to delete extraneous text and get rid of phrases we hold closest to our hearts. But our books all have to face the “killing of darlings.” Galápagos Girl was no exception.

I wrote scores of drafts, trying to decide which stories, which animals, and which words to keep. In the manuscript I submitted, Spanish words and phrases were sprinkled throughout. I’d spent hours deciding where to place these and confirming my translation was right. When it was decided to make the book entirely bilingual, most of these phrases were deleted. Also, because we were now approximately doubling the words that would fill the book, the text needed to be…Cut!

The text below is from a 2009 draft, where I again drifted toward telling Papá’s story. Valentina’s tales of him where inspiring me, just as his life had inspired her. Valentina even had an old photo of him riding their donkey, Pepegrillo. But I needed to get back to Valentina’s story. Cut!

“Papa, the teacher, the sailor, the fisherman, the farmer,

taught Valentina to read and showed her the ways of nature.

He liked to ride his donkey into the village

and take a book with him to read along the way.” 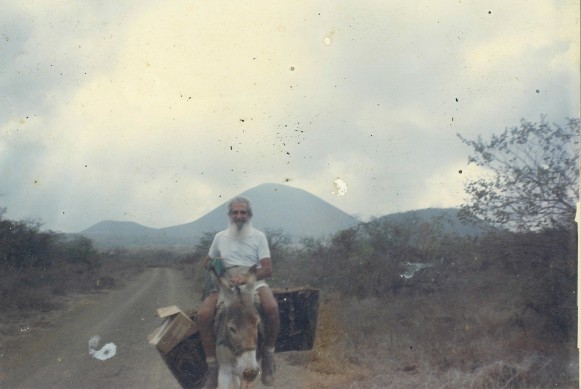 Looking over more old drafts, it was obvious I wanted that cute Pepegrillo to be in my book. In a 2010 draft, I wrote:

Sometimes her older brother and sister carried her on their back.

On special days, she got to ride Pepegrillo, the donkey.”

You guessed it.  Pepegrillo and these lines had to be…Cut!

When I asked Valentina if there was anything she didn’t like about growing up on the Galápagos, she emphatically replied, “No.” She loved every minute of it and felt it was a privilege to be able to live there with her family. Her stories made me want to be part of her family too; these feelings show up a little in the following text. It also mentions the broken tortoise shells Valentina found, which was a plot line I had followed. Yes, this was all…Cut!

“The family’s farm was called The Well – El Pozo.

From the acacia tree, Valentina and Papá watched boats come into port.

Valentina fed bananas and plums to Santa Cruz and Isabela.

When they searched hillside caves for pirate treasure,

Valentina searched for a Floreana tortoise

All she found were broken shells.”

I originally called the turtles Santa Cruz and Isabela, but in the book, they are Carlitos and Isabela. There’s a story behind that too. 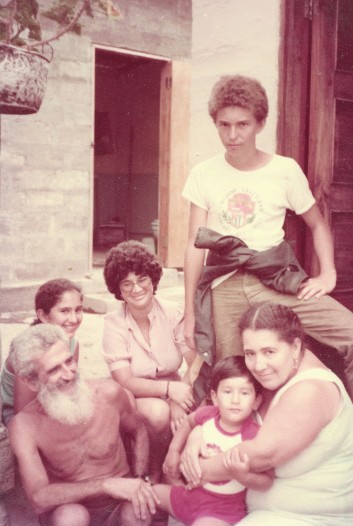 A few of the amazing Cruz family.

Though many stories are not in the book, we now have the delightful Galápagos Girl, thanks to my agent Karen Grencik, my editor Jessica Echeverria, the entire Lee & Low team, many helpful scientists and researchers, the wonderful artist Angela Dominguez, and, of course, Valentina Cruz.

Just a few words now, that were not cut!

“And every day she danced.

Bopping up and down

Stamping her feet with

If you want to hear more Galápagos stories, I’d love to share them with you when I visit your school or festival. You can contact me on Facebook https://www.facebook.com/MarshaDianeArnoldAuthor/, www.earthsvoices.wordpress.com., or the “Write Marsha” link at  www.marshadianearnold.com, my main website, which is being restored.