I’ve got two adorable animal adventures with ecological messages for you today. Have a look!

Obi is an adorable little rhino who wants to enjoy  mud bath, but his home in Zimbabwe is experiencing a drought. As he searches for an ooey, gooey, mud bath, he meets other an ostrich, a giraffe, and an elephant, all of whom help out when he gets his snout stuck in one situation after the next. Will poor Obi ever find a way to cool off? As the animals join together in their search to cool off and find water, they may just be able to make some magic happen. Inspired by a true story, Obi’s Mud Bath introduces concepts like climate change and its effects on the animal population – the current drought in Zimbabwe is at crisis levels – and examines ideas of determination and teamwork. Adorable animal illustrations will delight animal fans.

Back matter includes the story of Mark, the rhino who inspired Obi’s Mud Bath, and a glossary of words in Shona, one of the most widely spoken of 16 languages in Zimbabwe, and English. A portion of the proceeds from sales of Obi’s Mud Bath will be donated to Water.org, an organization which providing families around the world with access to safe water and sanitation. Illustrator Folasade Adeshida hails from Laos, Nigeria; you can see more of her illustration work at her website. Author Annette Shottenfeld also used the services of a sensitivity reader, Fubright Scholar and lecturer in African Studies, Esau Jabulani Mavindidze, as she wrote Obi’s Mud Bath. 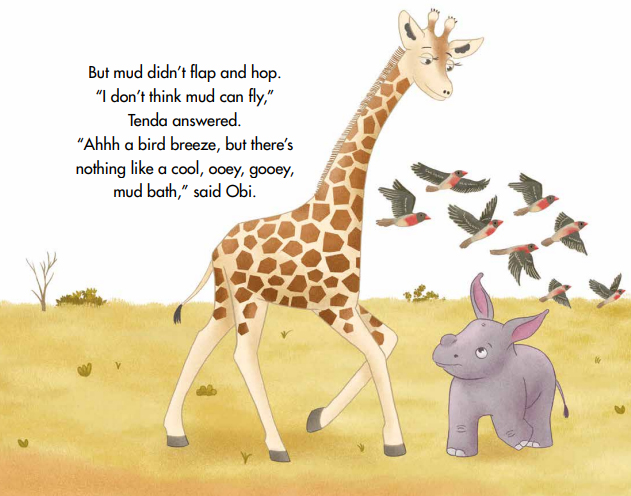 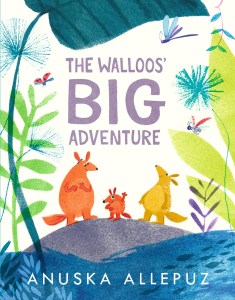 The Walloos are kangaroo-like animals that live on a small, rocky island where Little Walloo dreams of having an adventure. The family travels to a tropical island, where they begin using the island’s plants for food and building, but something doesn’t feel right. The island is making funny sounds and… moving! When the Walloos realize that their island is actually a big hippo, they’re delighted, until they realize that they’ve made life rough on the hippo, by stripping away all the plants that used to keep Hippo cool and shaded. If Hippo can’t get relief from the hot sun, he’s going to have to go underwater, and that will be disastrous for the Walloos! The family quickly gets to work on making positive changes to help undo some of the damage they’ve done. A sweet story about adventure, with a great message about being sensitive to the environment, The Walloos’ Big Adventure is adorable storytelling. Mixed media illustrations are colorful; kids will love the cute Walloo family and the lush settings. Hippo has a kind face and is huge in scale to the Walloos, giving kids a nice side lesson in scale.

Adorable, and gives real meaning to the phrase, “Take only photos, leave only footprints”.