I have been reading a metric ton of graphic novels over the last year. I mean, I’ve been reading comics and graphic novels forever, but I found them comforting this past year in a whole new way. When my mind couldn’t focus on words and putting thoughts together, graphic novels were there to guide me through, with artwork and words coming together for storytelling. And there are such great books coming out now! My Kiddo and I are reading them together (most of the time… there are some that aren’t appropriate for him just yet) and sharing laughs and talking about big things, little things, lots of things. Here are a few of the books I’ve read over the last couple of weeks: these are a little less appropriate for littles, much better for teens and young adults. 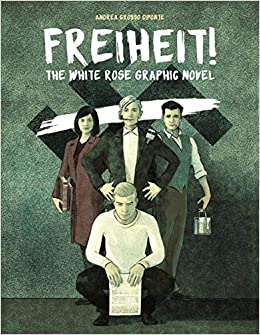 In 1942, a group of students joined together to oppose Hitler and the Nazi Party. They questioned the system and distributed leaflets encouraging their fellow Germans to do the same. The White Rose engaged in passive resistance in a time where speaking against the government carried a death penalty; by the time  the short-lived movement came to a halt in 1943 when the core members were arrested and sentenced to death by guillotine by the Nazis, their actions set a resistance in motion. Freiheit! chronicles the story of the key members of the White Rose: siblings Sophie and Hans Scholl and Christoph Probst. The narrative was tough to follow at moments; more of a collection of memories than a cohesive, linear narrative. That way of storytelling works for some, so keep that in mind when considering it for your library. The moody, often murky artwork gives heavy atmosphere to the pacing.

If you’re interested in further reading on the White Rose, the National WW2 Museum has an article on Sophie Scholl, the Jewish Virtual Library has an essay on the group, as does Smithsonian Magazine. There are lesson plans on the resistance available online: ELT-Resourceful has a lesson plan on Sophie Scholl and the White Rose, geared toward ESOL students; Study.com has study aids, and A Teacher’s Guide to the Holocaust has a detailed lesson plan for grades 6-12 complete with Sunshine State Standards.

Based on the screenplay from a 2019 film, Windows on the World is, on the surface, a story about a young man searching for his father in the aftermath of 9/11; upon reading, you realize that it’s also a blistering commentary on America and its treatment of undocumented people. Fernando is a young man living with his family in Mexico, watching September 11th unfold on TV; for his family, the terror hits hard: Balthazar, Fernando’s father and the family patriarch, works at Windows on the World, the restaurant at the top of the World Trade Center. Fernando’s mother refuses to believe he’s a casualty of the attack, a belief seemingly confirmed when she swears she sees him on a newsreel, escaping the Towers. Fernando heads to New York to learn his father’s fate, but discovers a very different America: He must pay coyotes – predatory smugglers who take immigrants across the US/Mexico border – to sneak him into the country. When he arrives in New York, he discovers that his father, undocumented, working in the States and sending money back to Mexico to support his family, has disappeared into the morass of people. Because he was undocumented, he isn’t on any of the employee lists, as he didn’t “officially” work in the Towers. Fernando has no money and no place to stay, so he takes to the streets, encountering racism and danger as he desperately tries to locate his father. A strong commentary on how America, as Solrad magazine states, went from “9/11 to Build The Wall”, Windows on the World is a hard, necessary, relevant look at racism in America.  Content warnings for younger readers.

Windows on the World has a starred review from Publishers Weekly. 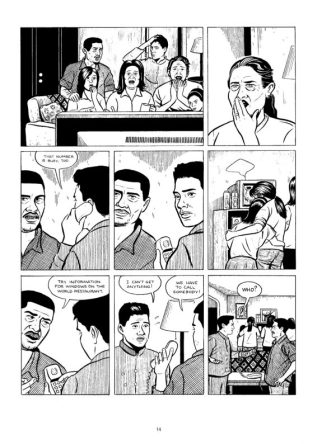 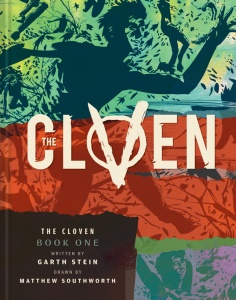 Garth Stein, better known as the author of The Art of Racing in the Rain and co-creator of the TV series Stumptown, released his first graphic novel; number one of a planned trilogy. James Tucker is a young man who’s different: he’s a genetically modified science project, created in a lab, and he’s a cross between a human and a goat, a species called The Cloven. Tuck just wants a normal life, but he’s on the run and searching for answers. Flashbacks flesh out Tuck’s story and the story of the Cloven project, which reminded me of the Weapon X program that created Wolverine’s offspring, X-23/Laura Kinney.  Artwork makes great use of moody lighting and shadows to help tell the story. A skillfull mix of science fiction and thriller, teens will love this book and want to see where Tuck’s story takes him. 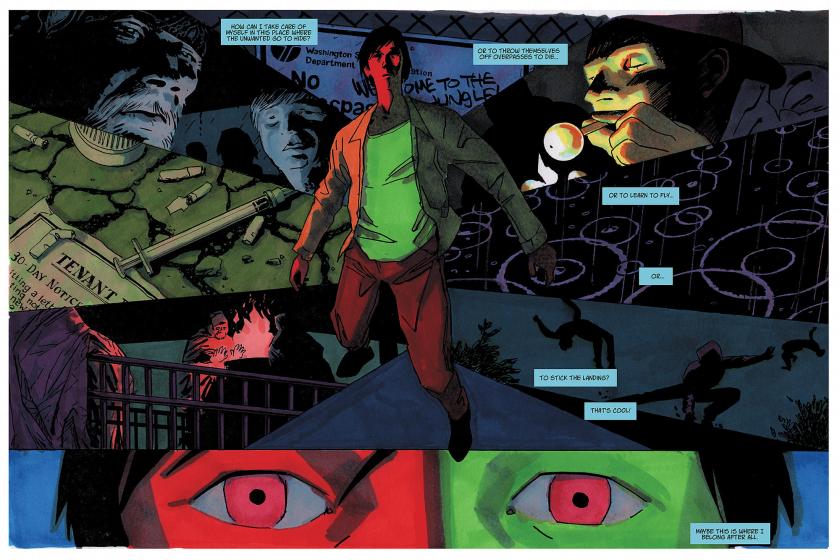