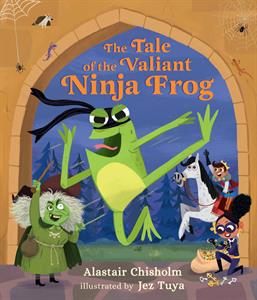 Alastair Chisholm and Jez Tuya are back with another fairy tale! Last year’s The Prince and the Witch and the Thief and the Bears was so much fun, the author-illustrator decided to come back for more. This time, Jamie – the boy from The Prince and the Witch… – is on a camping trip with his dad and younger sister, Abby, and it’s time to tell a story by the fire. The Prince, the Witch, the Thief, and the Bears return, along with Barry, a thumb-sized ninja frog that the Witch keeps safely tucked away. But Abby doesn’t think it’s fair to Barry to miss out on all the action, so she takes control of the storytelling and lets Barry the Ninja Frog have a grand adventure! The storytelling is such fun, and like The Prince and the Witch…, the kids steer the plot of the story with hilarious results. The story has an empowering message for kids and adults alike: don’t discount the little one. And the ending? Well, let’s just say I’ll be waiting to hear from these two again in about a year… Digital artwork is colorful and cartoony, and kids familiar with the characters will be delighted to see them in action again. Put together a great fractured fairy tales display with the two Chisholm/Tuya books and the Josh Funk It’s Not… series and let your kiddos go wild, telling you their own stories. 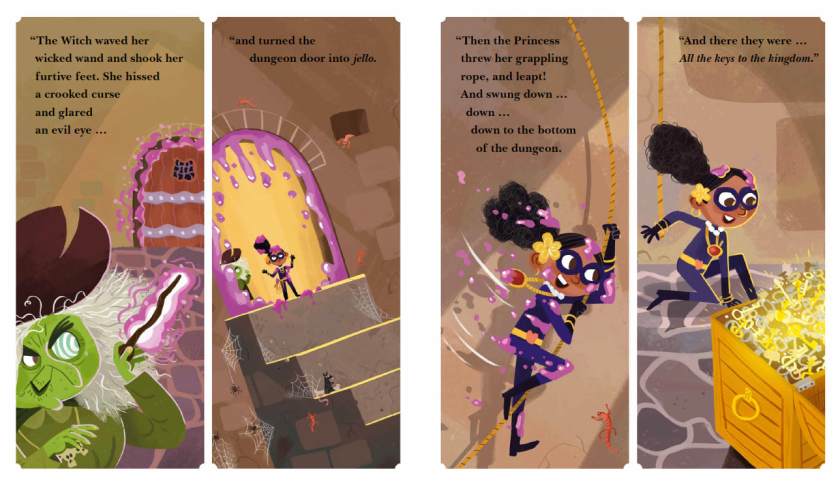