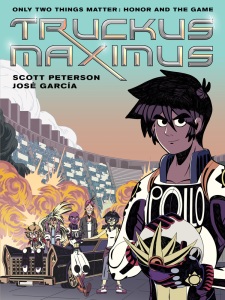 In this dystopian YA graphic novel, the Roman Empire never fell and now, gladiators duke it out on the track: Truckus Maximum is a competition where combatants race monster trucks to the death (Gen Xers, think Rollerball meets Death Race 2000). Team Apollo leader Axl is the best driver who can pull a win out in the worst of circumstances and adheres to a strict moral code. If he wins his 1000th match, he’ll be free – but at what cost to his teammates? Piston is a racer that’s new to Team Apollo. She takes chances, she lives and drives recklessly, and Axl sees something in her that no one else does. Can he teach her to rein herself in before she gets herself traded off to a worse fate than the track?

If you have manga fans, give them this one! The artwork is very manga-inspired, and the storyline is fast-paced, with car aerodynamics and explosions aplenty. There’s good world-building – I like the idea of the Roman Empire’s enduring and not moving past this whole entertainment-or-death business. It’s a popular dystopian theme, from The Running Man to The Hunger Games, and fits where we are as a media-obsessed, “if it bleeds, it leads” society. Axl is an interesting character, with his stoicism and the big moral choice ahead of him. In a society where everyone is corrupt, the good guy becomes the outlaw – and the team owner and the emperor himself are all in, trying to sway Axl. Piston is Axl’s foil, made of passion where Axl represses everything. Her bad decisions get her tossed off one team, and leave her future with Team Apollo pretty tenuous until she starts to harness her own power and channel it in more positive ways. But having a bit of that wild streak also means pulling out some big risks, and that may be what Team Apollo needs.

Truckus Maximus is a fun read, and should be popular with tweens and young teens. I’d like to see this as an animation. 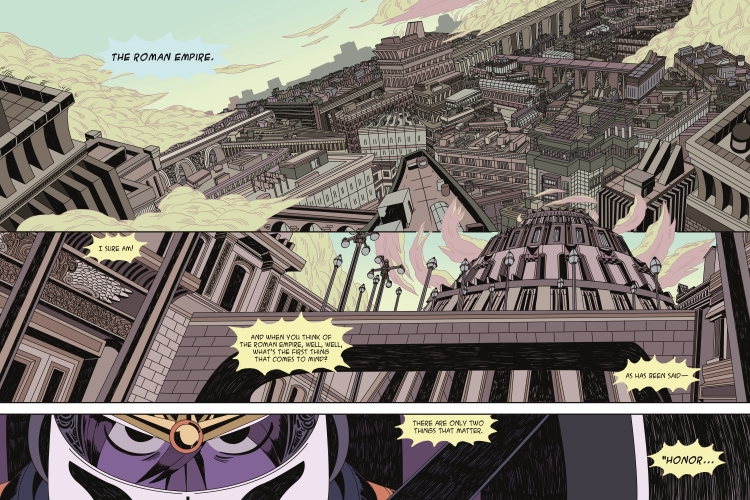 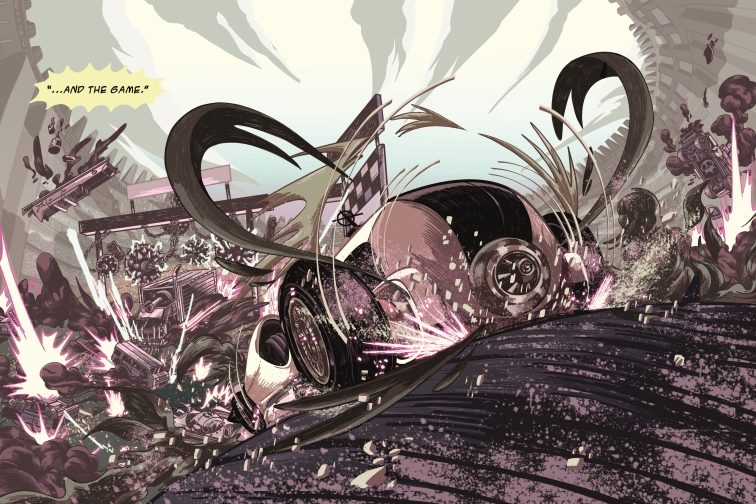