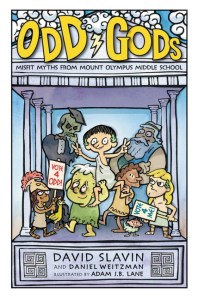 This mythological mashup is straight-up hilarious. Oddonis is the son of Zeus and Freya, the Nordic goddess of love. You’d think he was set, right? NOPE. He’s got a weird chin, messy hair, a third nipple, and he’s nothing like his twin brother… Adonis. Yup, THAT Adonis. Adonis, who had six-pack abs as a baby! How does that even happen? Narrated by Oddonis, Odd Gods is the story of the Odds – the not-quite godly gods – as they navigate the halls of Mount Olympus Middle School, and of Oddonis’ attempt to wrest respect from his brother and his father when he runs against Adonis for class president.

Odd Gods has a snarky bent to the narration – think Jeff Kinney’s Diary of a Wimpy Kid – with a strong undercurrent of frustration. These are the kids that have been discounted from the very beginning. We have Mathena, goddess of math and… poultry. She loves math; she breathes it, lives it, loves it, to her classmate’s ridicule. There’s also the duck and chicken following her around; that can’t help. There’s Germes, god of sniffling and snot, who can often be found hanging out in a dumpster. Don’t forget Puneous, the smallest god of them all, and Oddonis’s best friend… Gaseous. Gaseous, who can clear a room or send a group of gods flying. Together, this group of misfits will take on the established group of Mean Gods and prove, for once and for all, that there’s room on Olympus for everyone.

Absolute fun, with black and white drawings throughout that directly contribute to the story’s flow. Hand this to your Jedi Academy readers and see how they think the two schools would do in a match-up. Heroes in Training and Goddess Girls readers will love this one, too. 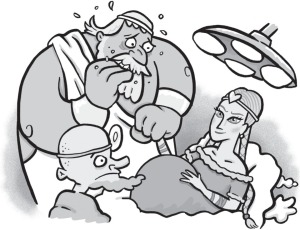 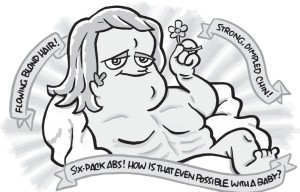