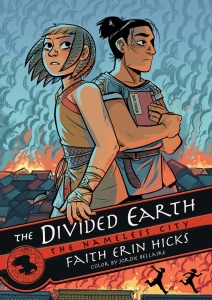 Faith Erin Hicks’ epic graphic novel trilogy, The Nameless City, comes to a phenomenal close with The Divided Earth. Dao prince Erzi now has control of The Nameless City, but the city is under siege by Dao and Yisun forces who want the war for the Nameless City to come to an end. The Named – the people of the city – are caught in between. Rat and Kaidu (Kai), the two main characters, plan to sneak into Erzi’s palace and steal back the ancient text containing the formula for napatha, an ancient weapon that Erzi plans to unleash on the city.

The Nameless City saga has incredible worldbuilding and storytelling. Faith Erin Hicks has given readers strong characters with complex backgrounds and relationships, and a grand-scale story about a clash between cultures and societies who are tired of war. Rat and Kai have both had their heroes’ journeys and are smarter, stronger, wiser characters than they were at the outset. It’s been said that the best villains are the ones who believe they’re truly the heroes, and that certainly holds true for Erzi, who believes he is doing what’s best for The Nameless City, and who believes that rule of the Named is his birthright, having been born there. It certainly makes for a more tragic villain. Faith Erin Hicks is gifted at writing and rendering emotion, and colorist Jordie Bellaire makes thoughtful choices that bring out the terrible emotional cost of battle as beautifully as she does the gentle moments of love between parent and child, or between two friends who would die for one another.

If you have fantasy readers who haven’t yet discovered The Nameless City, please get the books into their hands. They’ll be happy you took the time to booktalk it.I hope I see this series on Summer Reading lists next year: it’s wonderfully diverse and examines the fallout that happens when one culture attempts to dominate all others. 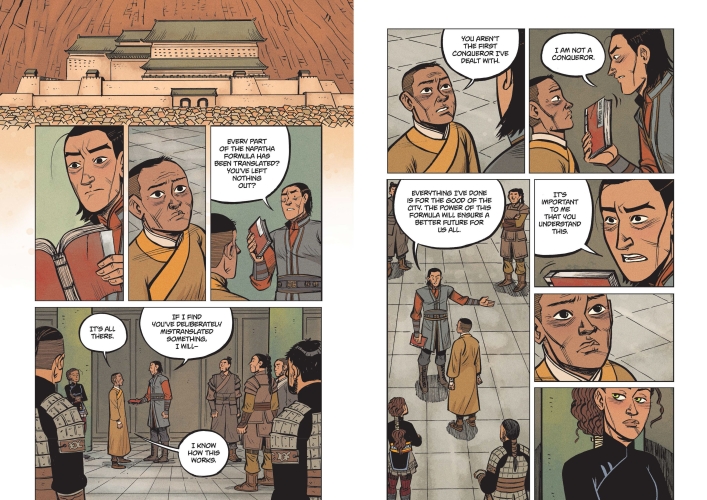 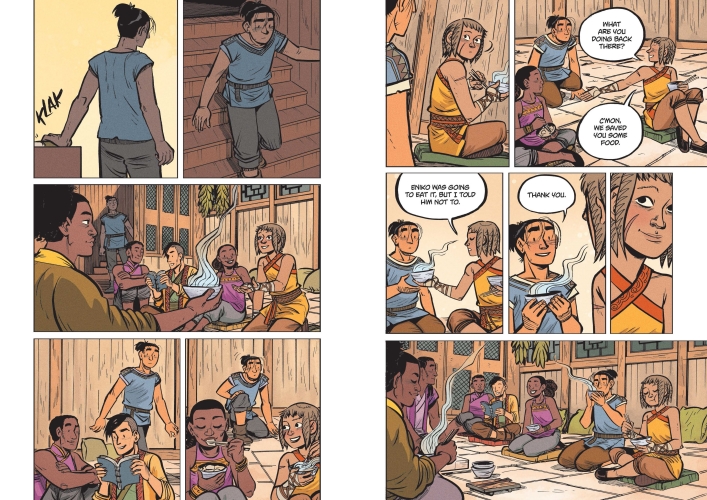