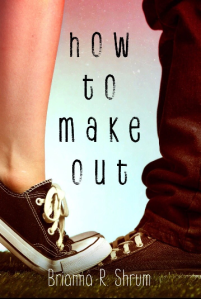 Sixteen year-old Renley needs to make money fast: she’s dying to go on the math club’s got a trip to New York City, and she needs to raise $3,000. She gets part of the money from her dad and – ugh – stepmother, and she decides to raise the other part of the money by blogging life advice as a “certified expert”, calling herself SweetLifeCoach. She monetizes the site and money starts rolling in, but the questions her audience asks her get more and more uncomfortable; Renley starts acting in a very un-Renley-like manner; it seems like there’s nothing she won’t do for her audience, and her best friends are worried that she’s losing herself – especially when she finds herself in the with in-crowd when she starts dating hearthrob Seth Levine. Renley eventually finds herself facing some tough decisions, not all of which involve the math club trip.

How to Make Out wasn’t really my book. I didn’t like most of the characters in the book, particularly Renley, the main character. She was vapid and one of those kids I warn my own kids against becoming: the kid who will do anything the crowd pushes her to; in this case, because she was hooked on her own blog hype. I questioned how teens would pay to read blog posts on topics that you can easily find on the Internet, including first-hand anecdotes from other teen bloggers. Renley’s father and stepmother were one-dimensional, and a potentially interesting subplot with Renley’s absentee mother was relegated to passing references and one text message. Drew, the boy next door who’s in love with Renley, had the potential to be a solid character but ended up being a sex-obsessed teen boy who’s working out his issues in the bedroom. I wish there had been more depth to the characters.

This was a relatively quick and light read – a good beach read or, for this time of year, winter vacation read for teen romance readers.