First Second is a graphic novel powerhouse. Every season, I know I’m going to see good stuff from the authors and illustrators that First Second publishes. Here are two we’ve got coming in February. 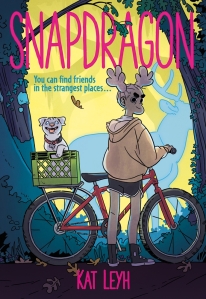 Magical realism infuses this story about a girl who befriends the town witch. Snapdragon’s heard the rumors about the “roadkill witch”, but when Jacks – a loner constructs skeletons from roadkill to sell to veterinary schools – rescues Snap’s dog, she finds herself cultivating a friendship with the loner, who takes her on as an apprentice. But Jacks also has rituals she goes through, to put those roadkill spirits to rest, and Snap is pretty sure that Jacks has a little bit of witchcraft after all.

Snapdragon is a story with depth. Lumberjanes writer Kat Leyh creates a magical, yet real cast of characters: Snapdragon, the daughter of a single working mother, is bullied at school and by her mother’s cruel ex-boyfriend. Her friend, Louis, who prefers to go by Lulu and wear skirts and nail polish, is tormented by his brothers. The two bond over their mutual love of a a horror movie series and Lulu finds comfort and safety in Snapdragon’s home. Jacks and Snap discover a connection between them in a subplot with Snap’s grandmother.

Snapdragon has a starred review from Kirkus. 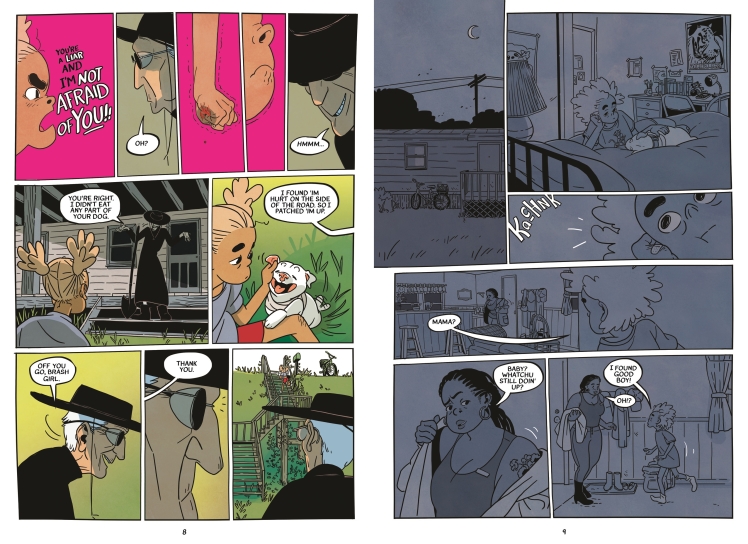 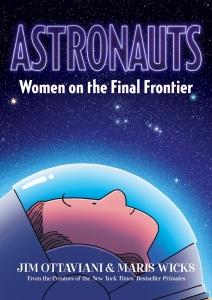 Meet the first women to travel into space in this nonfiction graphic novel that has big appeal for Science Comics fans. Astronaut Dr. Mary Cleave navigates readers through the history of women and space travel, starting with the Soviet space program that made Valentina Tereshkova the first woman in space, and illustrates the long road American women had to take to get Group 9, NASA’S first mixed-gender class, to the stars.

The most frustrating thing about Astronauts is reading how seemingly determined the U.S. government was to keep women out of space. The graphic novel tells multiple stories from different points of view; the Mercury 13 and Women in Space Program both ended up going nowhere, while the Soviet Union focused on sending just one woman – Tereshkova – into space. (And she didn’t even tell her mother before she went.) It’s disheartening to read that science journalists imagined conversations between women – female scientists – and Mission Control consisting of, “this little thingamabob has jiggled off the gizmo”. Even when NASA got it together and began recruiting women for the space program for real this time, their concerns about dress codes and complete ignorance of basic physiology left me frustrated and even more determined to get my STEM/STEAM programming firmly entrenched here at my library. The second half of the book, focusing more on Mary Cleave’s space shuttle missions and NASA training, are a welcome relief. There are some great and hilarious anecdotes throughout, and Mary Cleave’s love for space exploration and science comes through, making me hopeful that this book will inspire many, many kids. There are references, a bibliography, and working sketches.

Astronauts has starred reviews from Kirkus and Publisher’s Weekly. 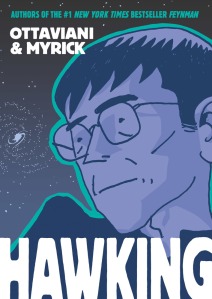 If your science and biography sections don’t have an Ottaviani/Myrick section yet, you may want to get to work on that. This is the second collaboration the two have worked on; the first being Feynman, a graphic biography on physicist and Nobel laureate Richard Feynman.

Hawking is in parts biography and science comic for teens and adults, moving easily back and forth between Stephen Hawking’s life story and explanations of physics, black holes, and the universe at large. The story begins with Hawking’s birth, 300 days to the day after Galileo’s death, wanders through his early adolescence as a teen who speaks “Hawkingese” and appears socially awkward; his marriage to Jane Hawking and his diagnosis with motor neurone disease, also known as ALS; his research and ultimate pop culture fame, and his later years, second marriage, and the degenerative path of his disease. First and foremost, this is a story about science; there are pages devoted to discussions between defining voices, including Newton, Faraday, and Einstein, about cosmology, light, and gravity. Jim Ottaviani captures Hawking’s voice – the graphic novel is narrated by a fictional Hawking – and shows up a glimpse of the man behind the legend. Award-winning illustrator Leland Myrick‘s artwork is unfussy, providing scientific sketches as easily as he captures Stephen Hawking’s wry smirk and his ability to disappear into a cloud of physics, even in a crowded room. The end of Hawking’s story will catch readers right in the feelings – I choked up a bit. An author’s note discusses how graphic novels are a good medium for narrative nonfiction, and I couldn’t agree more. Jim Ottaviani is an New York Times-bestselling author whose graphic biographies also include The Imitation Game (Alan Turing) and Primates (Jane Goodall, Dian Fossey, and Biruté Galdikas), so the man knows how to plot out a graphic biography. There is a nice list of references that will give interested readers even more material to look through.

I love graphic novel bios – they’re a great way to get tweens, teens, and adults interested in reading biographies, and the graphic medium allows for great explanations of topics that may be difficult in solid print (like physics!). If you have readers who have aged up from Science Comics, hand them Hawking. A definite must-add to your (growing!) graphic novel biographies. 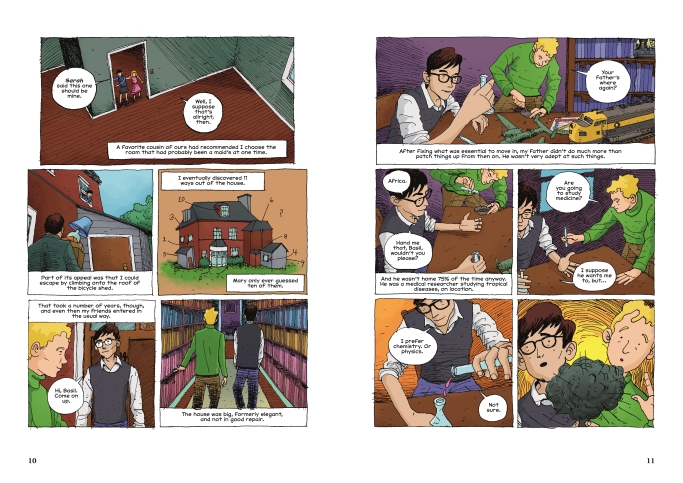 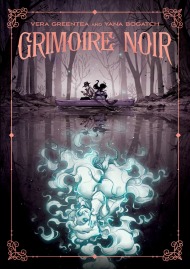 This beautifully illustrated graphic novel has a few plots going on at once: set in a town called Blackwell, where all the girls are witches, a teen named Bucky yearns for power of his own – despite the fact that no witch can leave the town. Ever. Bucky’s younger sister, Heidi, is kidnapped, and Bucky joins forces with his estranged friend, a teen girl named Chamomile, to look for her. Within this main story are threads of other plots; the hostility Chamomile’s father, Blackwell’s deputy, has toward Bucky (who also happens to be the sheriff’s son); a coven of Mean Girls/The Craft witches called The Crows, who want to set plans in motion that will set them free to leave Blackwell, and a ghost of the very first witch, a child named Griselda, whose death at the hands of witch hunters set the curse on Blackwell’s daughters into motion.

The storyline has moments where the storyline becomes confusing to follow, but has some touching relationship bits that I’d like to have seen more about. The relationship between Chamomile and her father runs deep, and we only get a surface glimpse, for instance. Will we get more Blackwell stories from Vera Greentea and Yana Bogatch? We can sure hope so; I think there’s a lot more to tell in a town with a history like theirs. Tween and young teens will enjoy this human, paranormal tale with a twist. 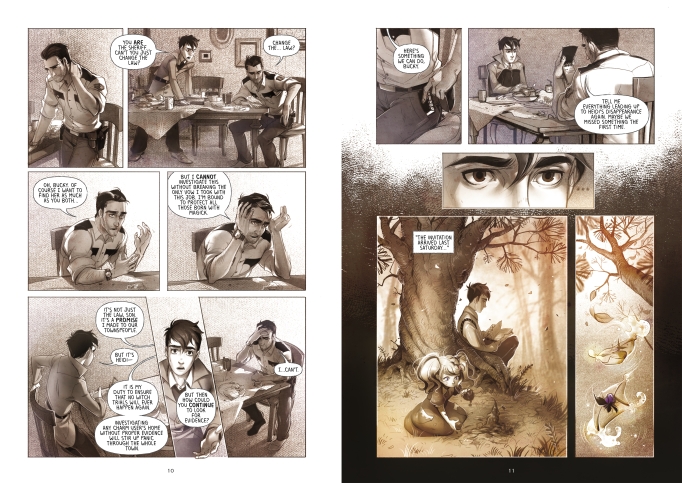